Recently women in sport have come out against being paid less than their testosterone fuelled counterparts.

At the WT20 event in Sri Lanka it has emerged that apparently the winning team in the men’s tournament will share £616,000 compared to £40,000 for their fairer counterparts. In addition, male cricketers receive £61 a day as a living allowance, while the women get only £37.
Maybe they think women eat less? I could prove them wrong on that one, although trying to eat £37 worth of food in Sri Lanka would be a challenge. Even Chris Gayle may struggle.

Charlotte Edwards, captain of the England women’s team, has also suggested that the ICC should review the discrepancy. Earlier this week, she said: “This is something to look at after the event. I’m sure the ICC will do that.”

I’m not so sure they will! Why should they as? People and sportmen/women included are paid according to their commercial value. Hard fact. It all boils down to gate fees, viewership and sponsorship. It’s the way the world works. Money. Songs have been written about it and people have and always will kill for it.

Maria Sharapova recently claimed at Wimbledon that she drew more viewers than most of her male counterparts and should be paid accordingly. Point. Spunky chics in short skirts have that effect. But only for a while then you switch to watching Federer vs Nadal. Or do you? I do, but that’s only because I can’t stand the constant shrieking, even after I turn off the volume I know it’s still there and it haunts me like a high pitched drill in my brain after a bad hangover.

So how do we get non mainstream sports and women’s sport to the same value?

I think it’s a combination of talent and sex appeal. Why has cricket been re-juvinated the way it has, with fans more excited about this “gentleman’s” game? T20. If it were not for the action packed fast paced T20 format we’d still all be watching a bunch of indistinguishable blokes all in white (boring), while they plod along for 5 days getting the odd boundary and getting excited about yet another dot ball, while the oh-so proper fans at Lords sip G+T and clap politely, looking smug beyond belief and chatting about their latest investments. Hell NO! It’s great talent, but so not sexy. Move on to the vibrant action packed format. Crowds at the stadium love the vibe, music, dancing girls and show atmosphere. Sponsors love it. Even the gear has been transformed into a Bollywood style wardrobe. It’s great footage watching Chris whacking balls into the crowd and doing a little gangnam jig. (http://sports.ndtv.com/icc-world-twenty20/features/item/197168-gangnam-chris-gayle-dances-down-wicket-at-world-t20) Yes there is room for all formats, but the T20 has brought about a renewed energy in fielding, batting and bowling. Even the players look like they’re having fun. A transformation that would have taken generations, or if it were up to the suited brigades at Lords, probably never. The game has finally become Sexy and we love it. The math is simple. More fans, more TV, more sponsors, more money for players. 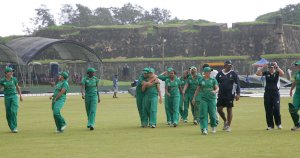 So sex appeal and sport. Think Sharapova, the brazilian Beach volleyball team, female surfers, Beckham and McCullum. If you never watched any sport and were forced to watch something would you rather watch Beckham or Rooney? Sharapova or Serena? Murray or Federer ? Sex appeal wins. Us humans are shallow like that. But that’s just another the way the world works, even in the animal kingdom.

But even that wears thin after a while and once you get into the sport then you need something with a bit more talent and skill. So, how do we get to the point where people want to watch more than just the “big” names and events. Because unless there is a following for a sport, the TV channels and sponsors are not interested. A bit of a chicken and egg scenario.

There are a few sports where women get the same amount of coverage as the guys and I think it still has a long way to go before they reach the same level of sponsorship endoresemnets and crowd following, but it starts with players pulling out all stops to make it entertaining, fan support and local crowd attendance, regular media coverage, and finally, hopefully decent sponsorship.

It was not that long ago that in SA the mens rugby and cricket players were competing as non-professionals. Getting paid to kick a ball was not an option. The paid their own way and worked full time to pay for their sport, travel and injury treatments. Back in the day. Men were men and not sissies. And women were in the kitchen….. Its come a long way since. Thankfully. Mainstream sportsmen now get paid a fortune, they have their hair styled and some even squeal like girls. It’s very “in” to be metrosexual. So a transformation is happening and hopefully it will not be too long before the world wakes up and realizes that there is life after men’s football and rugby.

So, once you’re done watching the Sharks maul the Bulls into oblivion, get off your couch and go watch some local sports at a venue near you – you may be surprised. We’ve been watching women’s WT20 in Sri Lanka. 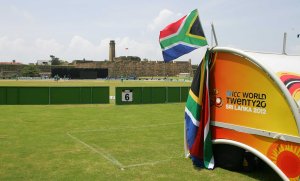 I didn’t even know we had a team. I only found out when I heard they were thrashed by the England team in a warm up. So fearing a massive embarrassing defeat at the hands of the Sri Lankans, I kept my SA flag tucked away. Was I pleasantly surprised. The SA women played their hearts out, an entertaining match with talented players and we WON. Big stage, opening match in WT20 against the home team and there was not a sign of a choke. They rock. Their next match was against the Kiwis who have more experience and they gave them a seriously good run for their money. I’m impressed. Talent. I’ll definitely be supporting them when back in SA.

We should all get off our sofas watching shit soapies and take a walk or drive down to a local ground or stadium to watch whatever sport is happening. That way we may also inspire our youth to get of their increasingly fatter asses and do something energetic and more productive than social media. Hell, they may even learn to speak in non text speak. The Olympics seems to have inspired a slothful, McDonalds eating generation to get off their butts to try something more active than stuff their faces and move their thumb across their Iphone. How long it will last is anyones guess. But the likes of Jessica Ennis have done wonders for women’s sports. Lets move beyond the mind set of “if its not cricket, rugby or soccer, we’re not watching.” That way maybe instead of whining about empty World Cup stadiums we can actually show some support ourselves rather than wait on the couch to be entertained. Then maybe the youth will have greater aspirations of what to “become” one day other than a reality TV celebrity. Women in sport role models will only be there if they can survive. Another way the world works. If you cant make a living playing your heart out for your country, at huge personal sacrifice, then why bother. We’ll never get better. And the Hilton’s and Kardashians of this world will be our role models. Get rich flashing your bits. It’s quick and easy.

So sportsfans – get off your couch and go find some action. Besides ……. my useless tip of the day…….. DID YOU Know that it has been proven that sitting on your ass for extended periods DOES actually broaden the circumference over time. Don’t believe it? Check out the article here….http://www.dailymail.co.uk/health/article-2207144/Desk-Derriere-Bottoms-getting-bigger-women-spend-time-desk.html

As for the men’s tournament – seems we have indeed moved on from chokers to vomiters. What’s up with JP? Good innings but chundering on the field? No man. Hats off for trying to sweat it out but if he’s not feeling up to it do we not have anybody else to step in? Is our lack of depth that obvious? The Aussies seem to have adapted to the conditions in many more ways than we have. With a confident young bowler Patrick Cummins saying that they love the heat and are not phased by it. While Watson mentions that they have benefited hugely from the IPL and have learnt to play spin. A lesson maybe we missed out on? Were you blokes not paying attention during your IPL stint. It’s not only about the big bucks you know. Take a lesson from it while you’re there.
Watson and Warner demolished the Indian spinners on Friday, although Dhoni thinks the rain may have caused some problems for them.

Either way – the show goes on and SA now must win both matches against Australia and India. Lets see if they can adapt or die. Or rather just fizzle out of the WT20 and go on holiday like the rest of us. 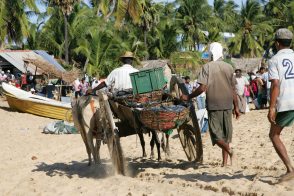 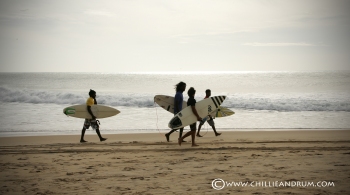 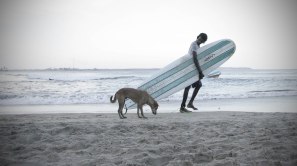 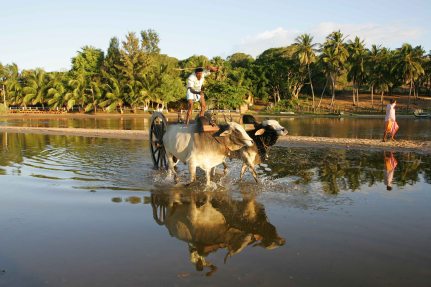 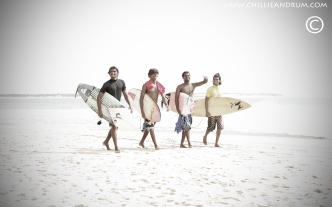 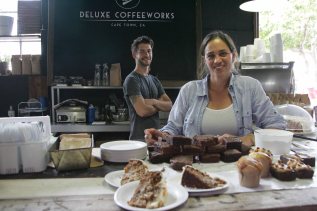